Ios vs Android A Technical comparison 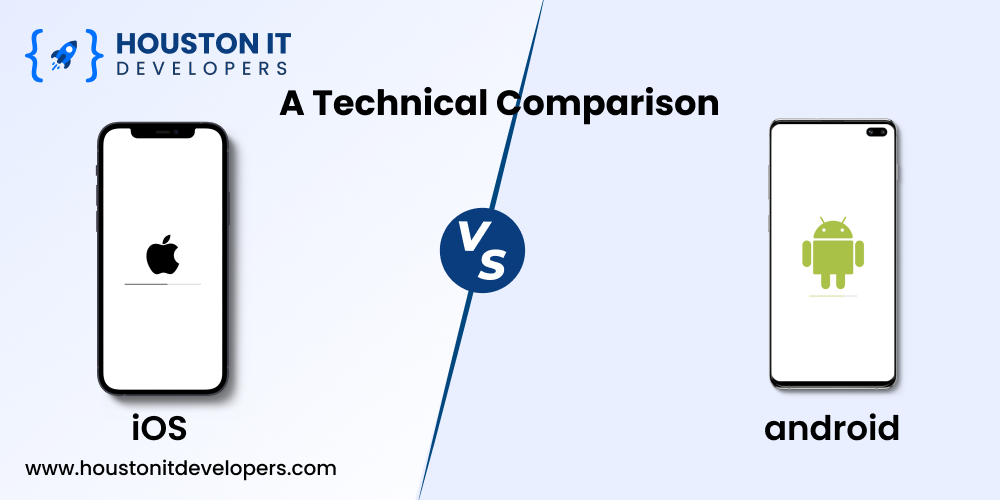 Android and iOS are the two most popular smartphone operating systems in the world, although they differ greatly in many ways. Find out which OS is superior for app creation in terms of customizability, voice assistant, security & privacy features. So that you can get a clear difference between the iOS app and the Android app.

As they battle for market share, Android claimed 71.93 percent of the worldwide mobile OS market share in 2020, while iOS claimed 27.47 percent. In 2020, however, App Store transactions totaled $72.3 billion, while Play Store purchases totaled $38.6 billion. Both are famous, so who wins the iOS vs. Android debate let’s see.

Development is the most technical part of the Android vs IOS difference. You’ll learn how Android differs from iOS in terms of development difficulties and how that difference affects production costs.

Source model: Android is an open-source operating system. The Android kernel, user interface, and some apps are all open-source. The iOS kernel, on the other hand, is not open-source but is built on open-source Darwin OS.

App development complexity: When compared to Android app development, iOS app design is less complex and easier to develop. This is because Android supports a wide range of devices, including smartphones and tablets from a variety of manufacturers. Apple, on the other hand, owns all iOS-based devices (iPhones, iPads, and iPods).

Android apps take longer to construct, but they can be created with the Android Studio tool, which can be loaded on any Windows PC. While iOS apps can be created in less time, developers must utilize XCode, which is only available on Mac, which raises the cost of development.

App Publishing: Android apps can now be published on the Play Store more quickly and easily. Developers must pay a one-time registration charge of $25 before they can distribute their apps indefinitely and easily. In the case of the Apple App Store, which has a lengthy clearance process, this is not the case.

Android software updates aren’t issued as regularly as they used to be, and even when they are, they may not be compatible with older devices. Aside from that, upgrades are only available after several months have passed after the most recent Android version was released.

The Android operating system gives you more options for adding widgets, changing the layout of your home screen, and changing the entire user interface with launchers. As a result, as an Android user, you may simply personalize your phone without having to jailbreak it.

On Android smartphones, rooting and jailbreaking are much easier, allowing you to have complete control over your device. On Android, alternative app shops are more easily available.

When it comes to personalization, iOS is more restrictive. Gaining complete control over an iOS device is nearly impossible, as even jailbreaking and rooting are only achievable to a limited level. As a result, third-party app shops are difficult to find on Apple devices.

Since the birth of iOS devices, Apple has placed a strong emphasis on privacy and security. Complete jailbreaking is impossible on iOS devices. On iOS devices, third-party app installation is also limited.

iOS also makes sure to deploy security patches to its devices regularly, ensuring that it is not exposed to security breaches.

When it comes to new features, hardware modifications, and the introduction of cutting-edge technology, Android is unrivaled. A global community of Android-based smartphone manufacturers makes it easier than Apple to achieve scalability and technological innovation.

Apart from that, Android supported the development of water-resistant smartphones and the integration of in-screen fingerprint sensors.

On the other side, iOS has enabled innovations such as multi-window and multitasking capabilities. Even the facial recognition technology, which has been on the market for a long time, worked well on iPhone X for the first time.

Microsoft Office, Google Docs, and other popular office applications are supported on both the Android and iOS platforms. However, Android is still more compatible with Windows 10 than Windows 8.

Furthermore, Android’s open-source model allows for further customization. On Android, working with third-party apps is easier than on iOS.

Google Assistant is a voice-based virtual assistant powered by AI. Not only can Google Assistant hold a two-way conversation with you, but it can also assist you with basic and complicated tasks.

The SRI International Artificial Intelligence Center spat out Siri, Apple’s virtual assistant. Siri used to be better at carrying out basic voice instructions than she was at sophisticated performance. With the release of iOS 12, Siri is now capable of making smarter suggestions and combining several instructions to automate activities.

Rooting a device allows you to have complete control over it. When compared to iOS smartphones, rooting Android devices is much easier. Furthermore, iOS prohibits total jailbreaking. Many Android OEMs (original equipment manufacturers) also provide ways to unlock the bootloader.

As a result, bootloader unlocking can entirely change the way the OS runs.

There are no power or data siphoning apps pre-installed on iOS devices. As a result, iOS devices are clean and dependable right out of the box.

In the case of Android devices, however, this is not the case. Even premium Android handsets come with pre-installed bloatware that buyers are unable to remove. If you have inexpensive phones, the situation is even worse.

When it comes to iOS, Apple is the only hardware seller, but when it comes to Android, countless hardware manufacturers all over the world use Android’s open-source framework to create a wide range of handsets.

This is what has allowed the majority of the population to purchase smartphones that meet their needs and budget without breaking the bank.

In the end, you can see that Android and iOS are superior in certain areas. Whether you find the iPhone more appealing or Android more practical is entirely dependent on your requirements and preferences.

When looking at the Android vs. iOS market share in the UK, it indicates a 50:50 distribution ratio, however, the distribution in other markets varies. 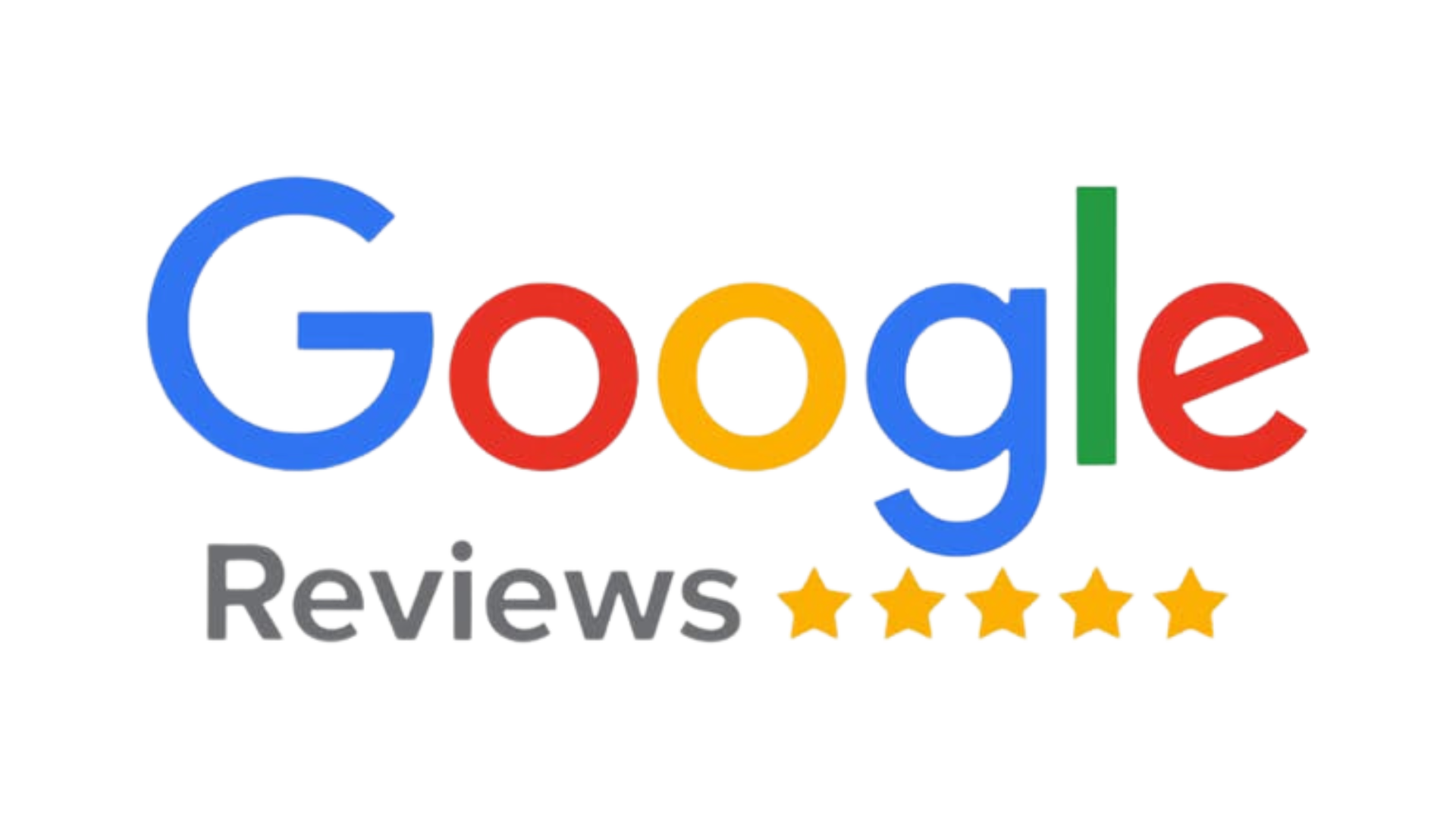